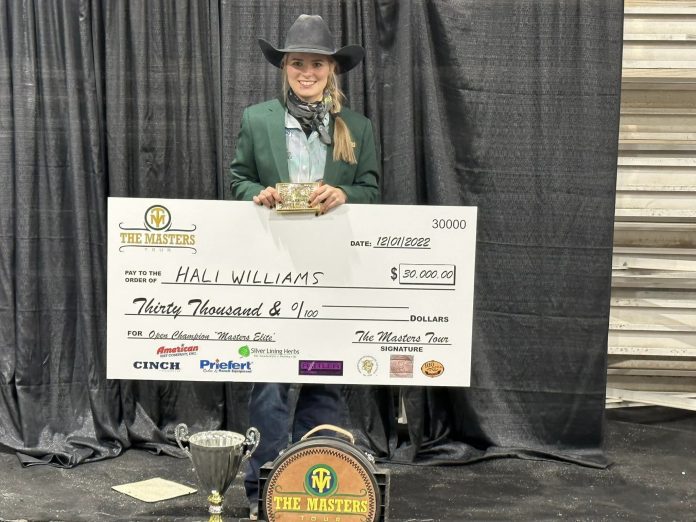 Breaking it Down by Speed Williams – January 2023

First, I would like to congratulate Kaleb and Junior for winning another world title. It can be hard to do when you come in with a major lead. They have to be happy they had that lead because Tanner Tomlinson put on a show at the NFR this year. He did not look like a rookie at all, and I thought he did an outstanding job heading and setting up steers for Patrick to heel. It was an impressive display of heading.

So many guys get caught up in throwing so fast and their horses don’t move down the arena to give the heeler timing and rhythm to throw. I want to commend Bobby Joe Hill on the steers. That’s one thing that’s been a nightmare at the NFR. For so many years the steers didn’t start when the gates banged, then you pull, then you’re late. This year, overall, the guys couldn’t go fast enough. The steers left so well they got away from the guys the first night.

As always, some of the rounds were tough and there were one or two that are easy. But when you’re trying to be 3 every night, sometimes it doesn’t go according to plan. Overall, I want to commend all the people who left Las Vegas as world champions.

Gabe and I stopped in Wickenburg to rope on the way to Las Vegas as many people do. The sport of team roping is growing so fast. It’s hard to comprehend when you see how big the World Series Finals and Wickenburg ropings going on at the same time. The amount of money spent in entry fees in Wickenburg during the month of November is incredible. If you’ve never gone there to rope, you should try it one time. It’s hard to describe, there are so many ropings every day.

I’ve realized I’ve become like a lot of guys who want to go rope during the day, get done, go have a good dinner, and then start again tomorrow. I had told Gabe this was his year to go. I let him make the decisions and I helped him drive. I let him make all the calls because I talked him into heading. While we were there, instead of roping in the Open ropings, I would heel for him in the #14. The first day he won $12,000 and we were both feeling good about his decision to head. But my excitement kind of dwindled after four more days of getting up before daylight, getting done at 10:00 at night with no dinner other than a hamburger at the concession stand.

It was a cool experience for him after the two-week crash course on his heading. Out of all the arenas in Wickenburg, I asked Gabe to limit going to Downtown Arena. They have one arena, and you don’t finish until 10 at night because you can’t leave due to the parking. But they had the best ropings out there, $500/man, enter two or three times. The ropings paid $20,000 to $25,000 per man. We were there almost every day except when we went to Dynamite Arena or Rancho Rio. I got my heel ropes out and heeled for Gabe and some of my clients there. Gabe and I won enough to pay for our trip.

The big winner in the family was my daughter, Hali. She is focused on Breakaway roping and didn’t go to Arizona. She went to Guthrie for the Breakaway ropings winning the Open and the 19 & Under, and $7,500. Then she came to Vegas and won the Masters Breakaway and $30,000. She ended up winning a little more than $45,000 on her trip. It’s amazing what the girls get to rope for while they’re in Vegas. There’s a Breakaway roping every day of the week.

I have to say the trip this year reminded me of rodeoing on the 4th of July, when you’re up before the sun comes up and get to grab a quick burger. We finally got to have three good meals at the end of the week. Priefert always has a big dinner during Vegas and then the kids and I got to eat at the Silverado Steak House the last two nights. I told my kids now I understand when my clients say they want to rope, go have dinner, and enjoy themselves. I’m not the die-hard roper anymore. This trip reminded me of rodeoing where you’re going 24 hours a day non-stop, and I realize that’s not what I enjoy anymore.

What’s new with me: In Las Vegas probably 8 or 10 people a day asked me about the Speed Trainer and if it would help them ride their horse better. I explained that the whole idea is to learn to ride and rope without teaching their horse bad habits. Most ropers hold on with their legs and balance with their bridle reins. They spend hours roping the dummy on the ground creating muscle memory that will not translate once they get on their horse. It’s exciting to me that people are starting to realize the benefit.

When you can win $200,000 in a #9 roping, people need to learn to ride their horse better. When you learn to put weight in your stirrups and not balance on your reins, it’s amazing how much better your horse works when he’s not having to pull you to the cow. I use the Speed Trainer to help my kids with any issues they have. If you can’t do it correctly sitting still, you sure don’t need to do it riding a horse.