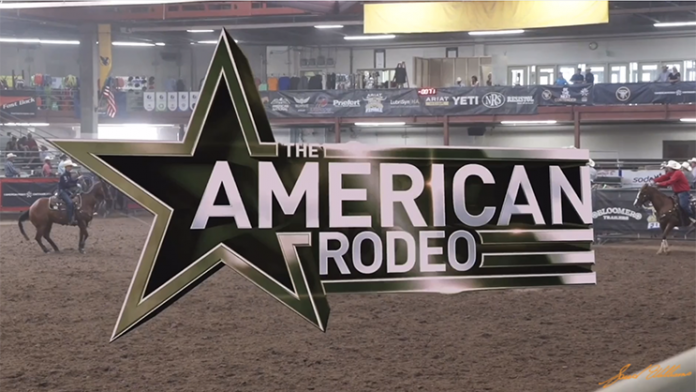 Breaking it Down by Speed Williams – October 2022

Last year Gabe wanted to qualify for the American Rodeo, but I didn’t do a very good job and missed for him. So, this year we are at it again. The other day we went to the qualifier in Cheyenne, and I popped it off our second steer. He found the next one in Cleveland, TN, my old stomping grounds from when I used to amateur rodeo. So, we made the trip from Texas to Tennessee.

On our first steer we were just a hair long. Our second steer ran a little and we were a long 7, making us 15 on two. There were four or five teams that were a short 14 on two. I might have been a little cautious on the first two. There were only 25 teams and the top two make it to the American Qualifier regionals. I was riding around before our third steer thinking that in the old days I would bring the heat, but I’ve messed up for Gabe quite a few times. I reached on our third steer and caught Gabe off guard, he followed him a few jumps and we were a long 5.

We were riding up the arena and he said, “Dad, I kind of felt like Rich on that steer. I just wanted to make sure I caught him.” I told him I thought the same thing. That’s something Rich was phenomenal at. If I threw fast, he didn’t stab a leg, he made sure he caught.

Keven Daniel came back 3rd and 4th and was 6 flat. That made us have to be a short 6 to go into the lead. We have a little red steer with small horns that looks like he’ll run. In my mind, it’s a one header now. We drove all the way over there to qualify for the American Qualifier. My son helps me with my private lessons all the time and this is what he wants to try to qualify for.

When I came across the line the steer was going right. When I let it go, I thought it was a 50/50 shot. Don’t get me wrong, we do all kinds of drills on the Speed Trainer. Like throwing 25’ while staying in the middle of your horse. He wasn’t that far, but when they have little horns and are going right, a lot of things can happen. I get it on him and turn, Gabe ropes him on the second hop and we’re 5.7. That made the high team have to be 5. They had been two 7’s and a 6. We end up winning the roping. Doing the interview after winning the roping in Cleveland, TN, was emotional. It was exciting and satisfying to win something we drove a long way to accomplish, especially with my son.

That will be a highlight I won’t forget because I’ve had some failures with my boy.

In my memory banks I don’t remember it being that hard to win, but since roping with Gabe I’ve been getting a dose of humility. We accomplished our goal of qualifying for the American Qualifier and split $14,000 so it was a good trip. We literally drove away from a World Series Open roping that was 45 minutes from our house to try to qualify for the American.

Then we got up at 4 a.m. Saturday morning and drive back to Ft. Worth because we’re trying to get qualified for the WCRA rodeo in Ft. Worth right after the NFR. Saturday night at northside in Ft. Worth, we’re 4.03 and won 2nd, then won the rodeo there on Sunday. With the points we already had we should be close to qualifying.

Fortunately, my back has not been hurting and my body has been holding up. We’ve stayed booked with private lessons, headers, heelers, and breakaway ropers. My son will be 16 on October 25th. He’s trying to take me to every amateur rodeo. We do lessons at the house during the day and then rodeo at night. I said, “Buddy, you do realize I have to sleep at some point.” He just laughed and said, “Dad, I’ll get you some bute.”

As far as my horse, Green Light, goes, I’ve been winning on him, but we have a lot of holes to fix. If I ever get him right and doing what I think he’s capable of, I’ll be able to do my job a lot better. I’ve never ridden one that was so broke outside the arena, split reins, no tie down and will do whatever you want sorting cows. But when we come out of the box he panics. I think it’s from an old injury where he remembers the pain. I think I need to reprogram his mind. If I’m not coming out of the box, he will do anything I want.

What’s new with me: Hali just got home from her first trip of PRCA rodeos. She drove from Walla Walla, Washington and got in today. I’ve spent the last five hours getting the arena ready and the calves penned because she wants to practice for a couple of days before she takes off again.

I’ve been posting videos of my training sessions with Green Light on speedroping.com. I’ve never had one do what he does and still win on him, but it’s not easy. It would be so nice if he would just help me.

Speed & Gabe’s Run at WCRA qualifier in Ft. Worth

Speed & Gabe’s run at WCRA rodeo in Ft Worth